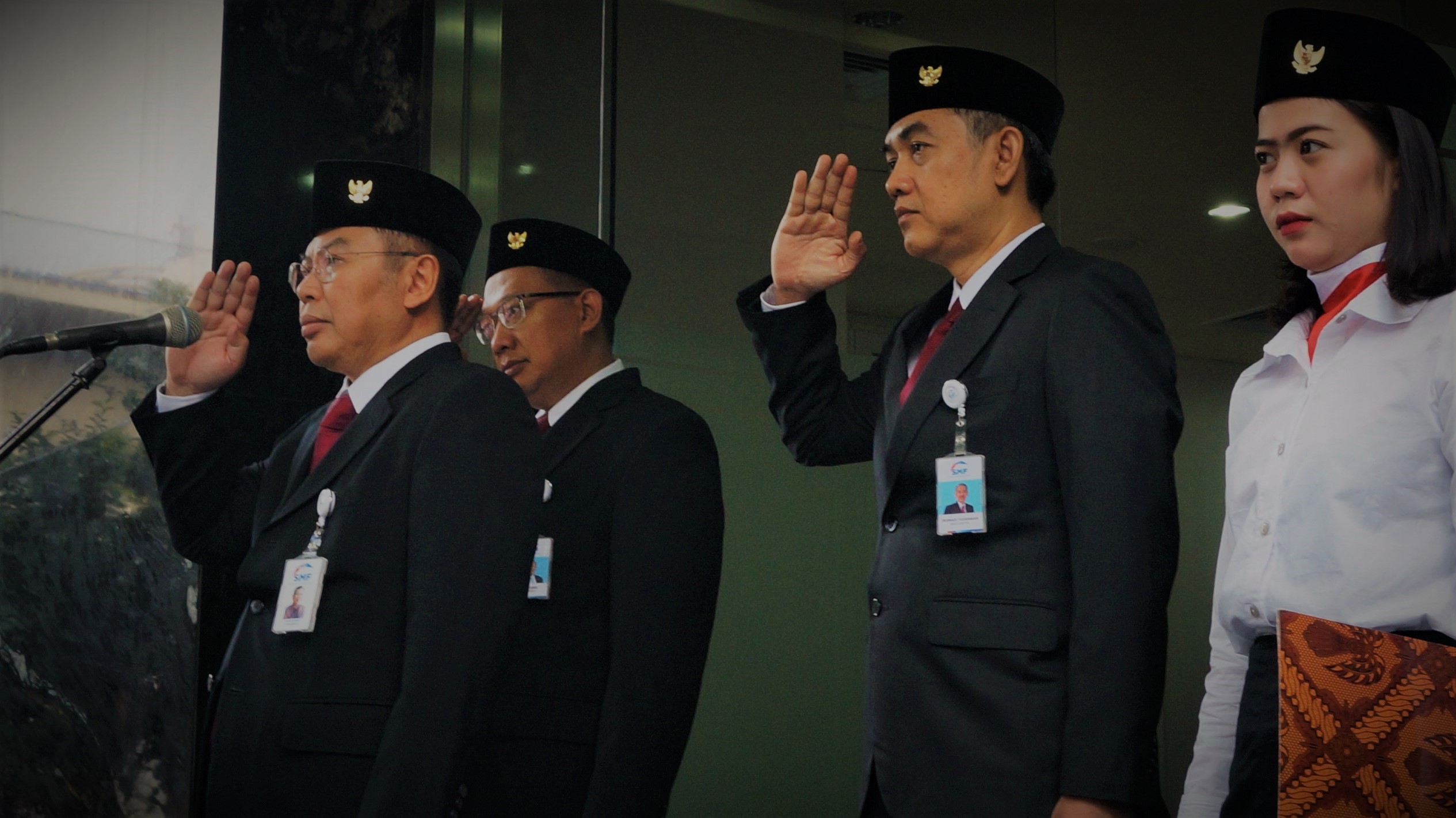 Jakarta – PT Sarana Multigriya Finansial has celebrated Indonesia’s 72nd Independence Day at SMF’s building, Panglima Polim Jakarta on Thursday. The ceremony was attended by all SMF staff.  Acting as a coach in the ceremony, President Director of SMF, Ananta Wiyogo. His gave his remarks that Ananta invited the SMF Big Family, to be able to remind  the  independence day as an inspiration to further increase the contribution to the country. He also advised SMF Staff to continue to maintain the spirit of togetherness and mutual cooperation in work, and throw away negative mentality that can make yourself unproductive.