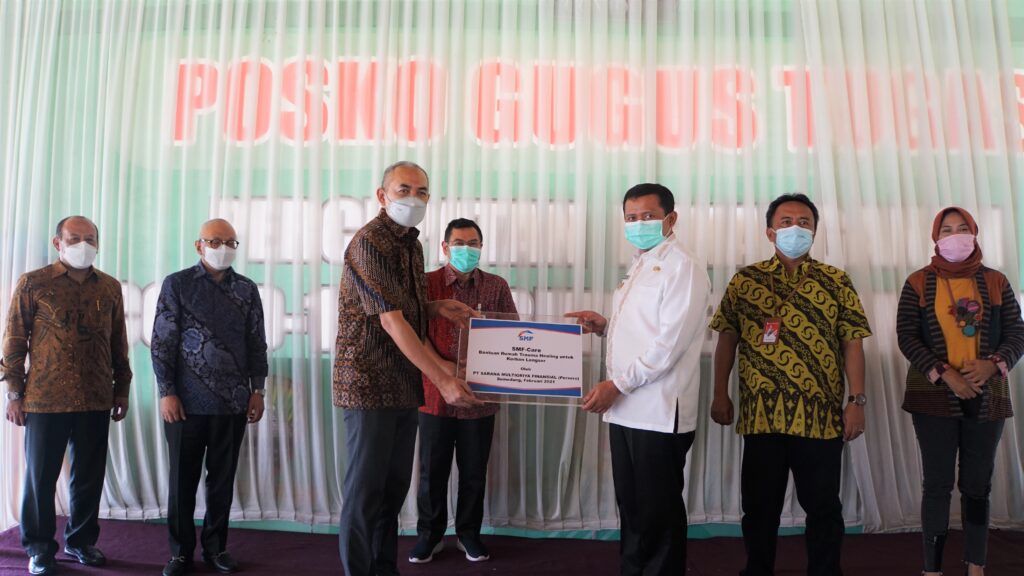 SMF handed over aid for landslide victims in the Sumedang area, West Java on Thursday (11/2/2021).

The aid was handed over directly by the Director of SMF, Trisnadi Yulrisman to the Regent of Sumedang, Dony Ahmad Munir. “The assistance provided in the form of trauma healing houses for disaster victims is expected to be a place for disaster victims to re-grow their hopes. Rebuilding the spirit to return to life and fight better and look to the future more optimistically,” said the Director of SMF , Trisnadi Yulrisman.

As is known, on Saturday (19/1) there was a landslide in Cihanjuang Village, Cimanggung, Sumedang, West Java. Longosr caused dozens of residents to die and thousands of residents were displaced by the incident.Trisnadi added that the construction of the trauma healing house is also a form of corporate social responsibility to the community. “This program is part of the 3 pillars of SMF PKBL program, namely SMF Care which focuses on SMF care for the surrounding community. Apart from that, the other two pillars are SMF Green which is SMF’s concern for the environment and SMF Smart which is part of the SMF program in terms of community capacity building, “added Trisnadi.

Sumedang Regent Dony Ahmad Munir thanked PT. SMF built the Trauma Healing House for victims of the Cimanggung landslide disaster. “Thank you for donating a Trauma Healing house for disaster victims. PT SMF is a BUMN under the Ministry of Finance that will work together to make Sumedang a Tourism District,” said Dony.